The ability to detect savings opportunities and rapidly act on them can boost a pharmacy plan’s financial performance.

By Bob DiRenzo and Lora Ertmoed

As much as we might wish otherwise, a pharmacy plan isn't something you can just wind up and let go. Even if it's perfectly designed for today’s reality, tomorrow's will be different. Novel specialty medications hit the market. Costly prescribing trends emerge. New patterns of fraud, waste and abuse are hatched.

A pharmacy benefit manager's (PBM) ability to detect such opportunities, then quickly act on them, can impact millions of dollars in pharmacy spend every year. Yet, one PBM might take days or weeks to act on an opportunity that another PBM takes months to identify, let alone respond to.

This isn't solely a function of being increasingly vigilant on your health plan partners' behalf, although that's certainly part of it. It's also the result of key characteristics of the PBM and deliberate decisions about how it's set up—its size, how it's organized and the accountability mechanisms that encourage it to constantly monitor and react to what's happening in its health plan partners' markets. When everything clicks, a PBM can often identify issues before they turn into bigger problems.

So how can you tell which PBMs are nimble and which are slower to move? Here are several characteristics, along with examples from our own experience at Evolent.

Health plans don't enjoy getting caught unaware of high-priced pharmacy claims. Yet, if their PBM isn't conducting adequate surveillance of drug requests, it’s likely that some eye-popping costs will make it through. Proactively identifying and responding to these requests is key. At Evolent, a dedicated director of pharmacy, who serves as a liaison between the PBM and health plan, is promptly alerted when a request for a high-cost drug is received. This process encourages collaboration with health plan medical directors and providers to ensure members receive the most appropriate and cost-effective therapies for their conditions, in a timely manner.

In one health plan, we identified a meaningful increase in claims for a high-cost naloxone auto-injector, used to combat opioid overdoses. Due to the prevalence of opioid abuse, the state had allowed pharmacists to dispense naloxone products without a prescription, while mandating that all opioid reversal agents be accessible. The average cost for the auto-injector was about $4,000 per prescription, while standard generic naloxone injection costs approximately $70 per prescription and brand Narcan® nasal spray costs about $125 per prescription. Evolent's PBM quickly shifted our utilization management strategy to require prior authorization, rather than automatic approval through step therapy, before the auto-injector would be covered. The utilization management team would notify the director of pharmacy when requests were received for the auto-injector, prompting discussions with the pharmacy and/or prescriber about other alternatives that would be equally safe and effective. (There's a small subset of cases in which the auto-injector is the most appropriate.) Through this targeted approach, we mitigated claims for this costly product and saw naloxone trends normalize within a month without impacting member access to appropriate therapy. This single change eliminated more than $100,000 of unnecessary plan spending per month.

While most pharmacies follow the rules, fraud, waste and abuse (FWA) are unfortunate realities of the business. Keeping up with constantly evolving pharmacy schemes is a cat-and-mouse affair. Yet, some PBMs will fall back on a one-size-fits-all approach that’s too slow to keep pace. More effective PBMs follow the data in each market, figure out where to look for FWA, and snuff it out before it results in a significant financial issue.

In one market, the Evolent pharmacy team detected a unique pattern from a group of local independent pharmacies during routine monitoring of rejected claims. They were submitting multiple claims for different formulations of the diabetes drug metformin ER, to determine if the high-cost osmotic formulations would process. Once the pharmacies figured out they could get paid claims for the osmotic versions (which cost $500-$1000) if they had a standing paid claim for the regular extended release version ($7-10 and equally effective), they quickly requested more prescriptions for the costly formulations from providers for members who had not requested a change in formulation. After getting a paid claim for the osmotic version, they would then go back and reverse out claims for the cost-effective prerequisite regular ER product included in the step therapy program. Eliminating these products from the formulary wasn't an option, as the preferred drug list had regulatory limitations. Instead, to prevent this type of scheme from recurring, within weeks, we quickly responded by building "smarter" logic into our point-of-sale pharmacy system requiring that the prerequisite drug reside in a paid status for a set amount of days before claims would automatically process for drugs requiring step therapy.

New policies are adopted in weeks or even days, rather than months

Pivoting quickly to take advantage of new opportunities is more natural for some organizations than others. Quick-to-respond PBMs have built-in advantages when it comes to making new policies and implementing them. Instead of bouncing updates from one siloed department to another, with each handoff representing a new opportunity for delay and misinterpretation, streamlined PBMs collaborate smoothly across departments to rapidly develop and approve changes. Constant communication with staff in all areas of pharmacy operations, such as call center, formulary and UM, ensures that changes are implemented seamlessly and meet their intended objectives.

A client requested inclusion of intravenous immunoglobulin therapies for experimental treatment of PANDAS (pediatric autoimmune disorders associated with streptococcal infections) and PANS (pediatric acute-onset syndrome). Evolent's pharmacy team reviewed the clinical literature and proposed an updated policy in coordination with the plan. This policy update was then sent to the Evolent Health Pharmacy and Therapeutics committee for approval, and the UM team and call center staff were educated about the update—all within five business days of the request.

In most cases, when a new, low-cost generic drug hits the market, a PBM wants to quickly require the new generic instead of the brand drug. However, this can be a difficult task for many PBMs that favor short-term rebate-chasing approaches. Removing a brand drug from the preferred category of your formulary typically means giving up deep rebates. To be successful with a generic-first strategy, most members need to switch to generic to make up for lost rebates. It's a tightrope walk that many PBMs aren't willing to attempt. On the other hand, PBMs can take a long-term approach and mitigate potential future brand costs by placing less weight on rebate-driven strategies. Our PBM consistently seeks out drugs that are the lowest net cost option, taking the generic pipeline and our UM return on investment into consideration for the entire class of drugs under review. With this type of strategic process, rebates don't factor into formulary decisions with as much weight, and the switch to generic can often be made quickly involving little financial risk.

Multiple times, through a rebate maximization strategy offered by our aggregator, it was recommended that we remove prior authorization management for Lyrica® capsules, an anti-convulsant medication that is also commonly used for nerve pain, in order to obtain rebates. We declined to move forward with this recommendation, as we knew that a generic was expected in the pipeline and that our UM return on investment was higher than the anticipated rebate. This strategy not only allowed us to quickly transition members to the generic product when it became available, saving hundreds of dollars per prescription, but also eliminated leakage of claims over to Lyrica CR tablets, a different branded formulation of this product that was released just prior to the capsules becoming generic.

For most PBMs, reacting more swiftly to take advantage of new opportunities isn't done with the flip of a switch. When PBM personnel incentives are aligned to the plan's goals rather than to their own company goals to upsell you, they will be more likely to spring to action to identify new savings opportunities. Having an objective, dedicated director of pharmacy connecting the PBM to the plan and its providers ensures accountability and improves the two-way flow of information. Smaller PBMs often collaborate more closely among departments, helping them devise, revise, approve and deploy new policies more quickly, without running into bureaucratic snags. These and other inherent differences can help the PBM pounce on new opportunities that can reduce per-member spending without compromising on health outcomes.

As director of pharmacy operations, Lora leads a team that manages clinical operations covering all lines of business. This includes managing multiple formularies, developing clinical initiatives, monitoring and implementing claim processing solutions. Prior to joining Evolent, she was responsible for the pharmacy operations of a Medicare Advantage plan.

Evolent co-founder and new CEO Seth Blackley explains how the company is positioned to deliver for each of ... 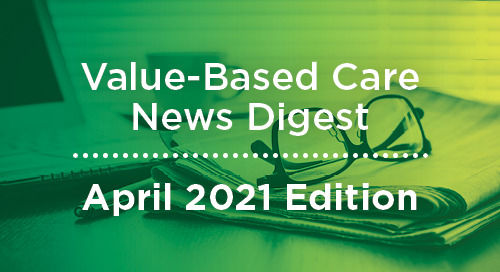 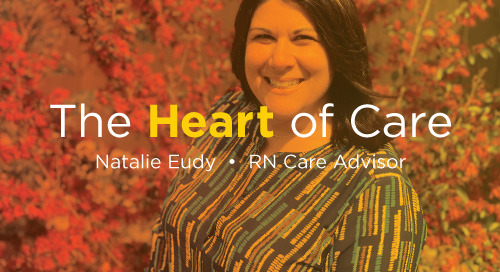 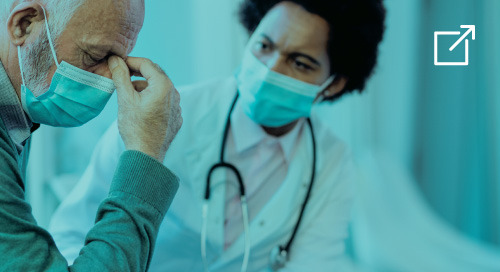 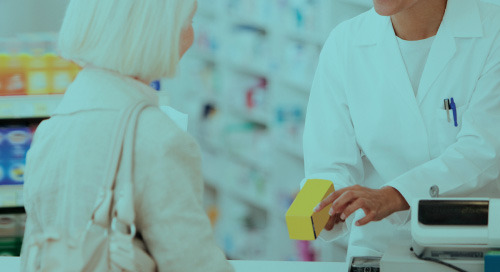 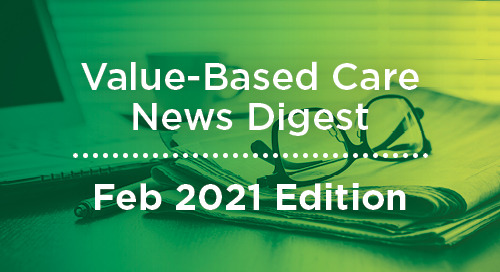 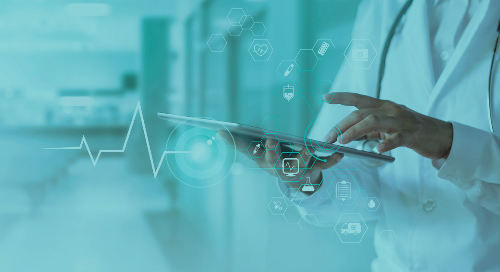 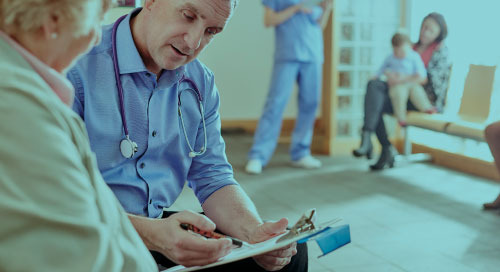 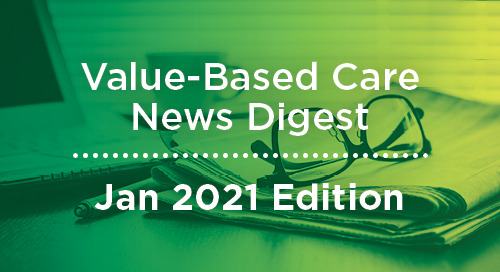 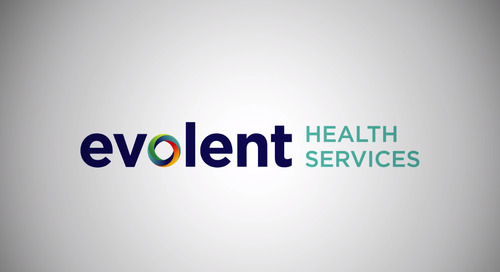 Breaking Up with Your Core Administration Partner: 7 Reasons Why